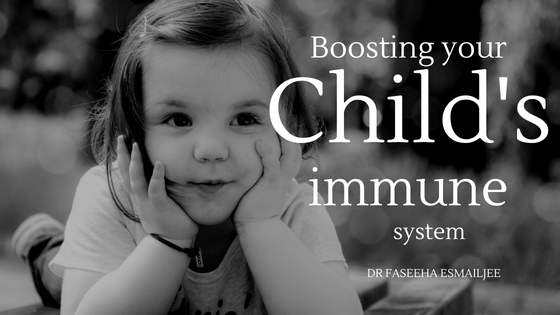 Our immune systems are established when we are born. It consists of organs, proteins, cells and tissue whose sole purpose is to fight off invaders and support healthy function within the body. Recent studies have shown that the gut bacteria are responsible for majority of your immune responses.

We are not born with gut bacteria but rather it is passed down from mother to baby during the birthing process through secretions in the birthing canal which enters the baby’s orifices. In contrast babies which are born through C-section lack these secretions and tend to acquire the bacteria of the doctors and nurses who handle them at birth instead.

What can you do to strengthen the immune system?

Homeopathy for one is the best treatment for children as the remedies stimulate the body’s immune system to start healing itself.

Other things you can do to stimulate your children’s immune system include: